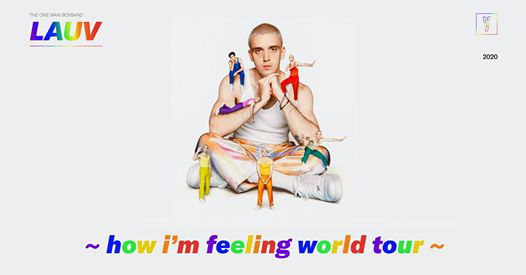 Lauv also known as Ari Staprans Leff will take over the Klipsch Amphitheater on August 11, Tuesday. He released his first EP called Lost in the Light back in 2015 and from there, he continued making music and eventually got into releasing his chart topping hit in 2017 called I Like Me Better. His musical inclination can be traced back to his childhood when he took violin and piano lessons and eventually learned guitar at the age of 11. Further on in his life, he explored other types of music and discovered EDM or electronic dance music. Certain negative events in Lauv’s life pushed him to create raw, deep and soulful songs, clearly expressed in his hit, The Other. He eventually released more songs and albums like Late Nights, Deep Talks in 2017 and I Met You When I Was 18 in 2018. This year the new album entitled ~how i’m feeling~  is already released and this is spearheading his current tour, which you really shouldn’t miss! Buy your tickets now.