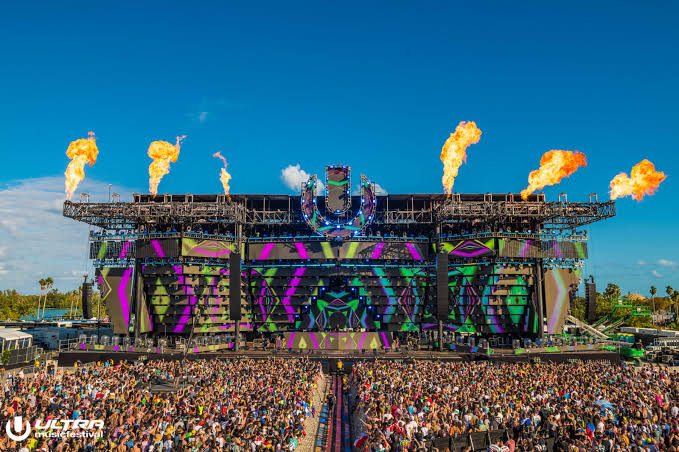 Ultra Music Festival is an annual outdoor electronic music festival that takes place during the last weekend of March in the city of Miami, Florida. The festival was founded in 1999 by Russell Faibisch and Alex Omes and is produced and organized by the company Ultra Music. The festival occurs on three separate days, Friday through Sunday, and features live performances by DJs and producers from around the world. Ultra Music Festival is one of the largest electronic music festivals in the world, with an estimated attendance of 165,000 people in 2016.

The festival was first held on South Beach in Miami Beach, Florida, but due to its massive popularity, it was moved to Bayfront Park in Downtown Miami in 2001. The new location proved to be much more accommodating, as the festival has continued to grow in size each year. In 2012, Ultra Music Festival expanded to two weekends, with the second weekend being held in Miami’s Historic Virginia Key Beach Park.

Ultra Music Festival is known for its eclectic mix of electronic music, which includes genres such as trance, house, techno, and drum and bass. The festival also features live performances by some of the world’s top DJs, including Tiësto, Armin van Buuren, Carl Cox, and David Guetta

Tickets to Ultra Music Festival – Friday at the FPL Solar Amphitheater at Bayfront Park are selling fast, buy yours now whilst some are still available.